Grossed out by wax corpses?  Here, by way of relief, are two fetching wax miniatures displayed earlier this year by the art dealer Carlton Hobbs in his New York gallery. 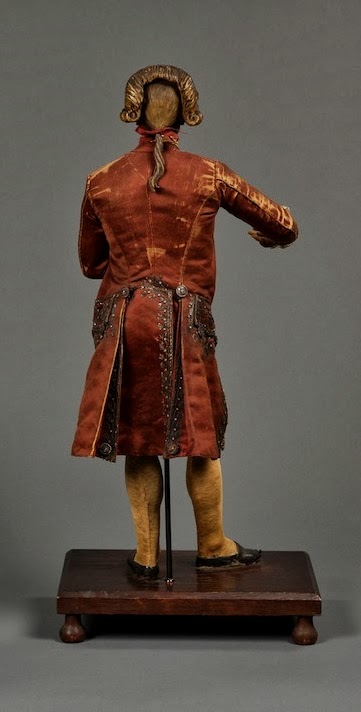 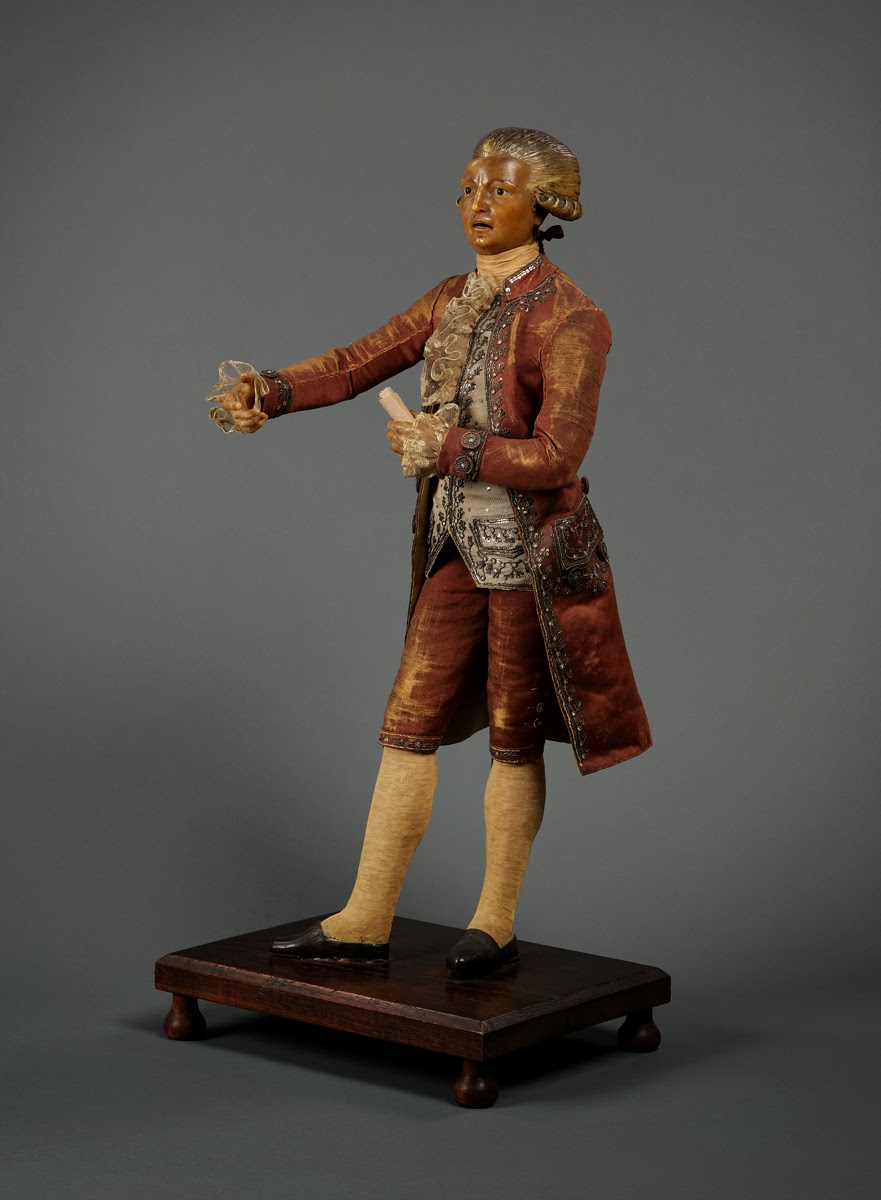 To be admired are the finely tailored late 18th-century French costumes, including underwear and knitted stockings.  Plus, beneath their clothes, "the bodies are modeled with anatomical precision". They are attributed to Curtius and tentatively identified as Necker (in red) and Rousseau. The exact size isn't stated
. 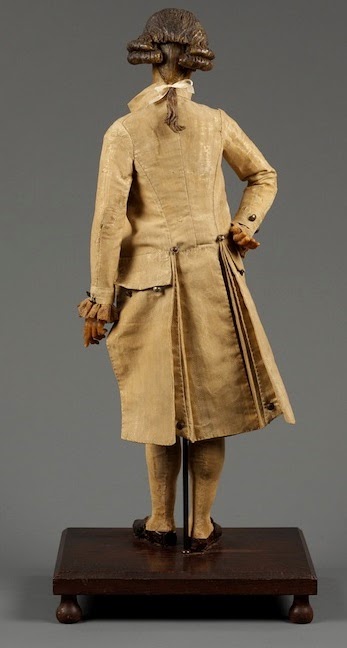 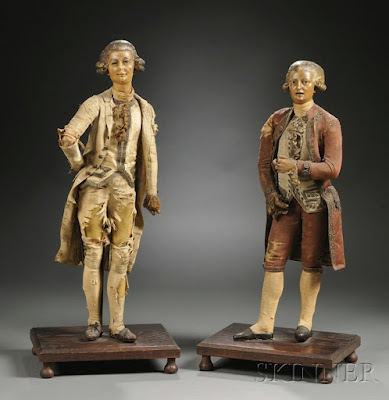 I missed this before.  Here are the same two figures, sold two years previously by Skinners of Boston. In this sale they were identified as "Danton" and "Robespierre". At this stage they were said to date from the 19th century and be Italian in origin. Their height is given as 25-and-a-quarter inches tall.  They were sold for $1,778.

From which we may conclude: