The "hideous wen" of Jacques-Louis David

Here is another famous medical affliction, the growth which disfigured the face of the painter Jacques-Louis David.
As a student, probably in 1773-4, David was involved in a fencing accident.  His opponent's foil pieced his left cheek which began gradually to swell:  as a result his face became asymmetrical, his mouth was pulled out of shape and  his speech, which was already affected by a speech impediment, became embarrassingly distorted.
Read more »
No comments:

The blood of Marat 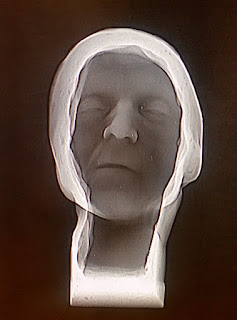 I can't believe I managed to miss this story!!!

Here is yet another quest in historical anthropology from "France's most famous forensic sleuth", Philippe Charlier. This time the object of his attention was the blood-soaked pages of the journal annotated by Marat on 17th July 1793 at the moment when Charlotte Corday plunged her fatal knife into his heart.  The aim was to isolate Marat's DNA from the stains and, potentially, to throw light on his medical condition

As with the gourd containing the blood of Louis XVI, the work was carried out in conjunction with the Spanish paleo-geneticist Carles Lalueza-Fox in Barcelona.  The final report was published in January this year. The investigation claimed a couple of firsts: "the oldest successful retrieval of genetic material from cellulose paper.", and, more portentiously, "the first retrospective medical diagnosis to include the genetic analysis of a historical figure".
Read more »
1 comment:

The head of Charlotte Corday 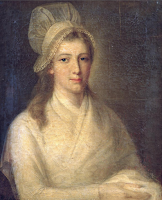 The skull of Charlotte Corday is arguably the most resonant relics of the French Revolution.  In recent times it has inspired both the creative writer Leslie Dick ["The Skull of Charlotte Corday,1997]  and the artist Marlene Dumas [The Skull, 2005]. Its authenticity however, remains one of those irreducible - if ultimately trivial - historical mysteries.

The  supposed skull of Charlotte Corday first surfaced  at  the Universal Exhibition of 1889.  Lenotre describes how he was at the pavilion of Liberal Arts, in the anthropology section, when he found himself confronted by a curious glass display case. It contained bones found during the construction of the Eiffel Tower, plus several skulls, one of which bore the label "the skull of Charlotte Corday.  Belonging to the prince Roland Bonaparte" (See Lenotre, p.182)

Prince Roland Bonaparte, great-nephew of Napoleon, President of the Geographical Society in Paris, was a great enthusiast for  the fashionable pseudo-science of "craniology"; he had photographed and measured both Norwegian Sami and Australian aboriginals.  Various experts - Topinard, Lombroso, Benedikt -  pronounced sententiously on the supposed "skull of Charlotte Corday" in his possession  and published their conclusions in learned journals.  Predictably, the results proved contentious.  Bonaparte himself later remarked that he had shown the skull to five eminent specialists, two of whom  declared that it could not possibly have belonged to a criminal whilst the other three declared the opposite. (Lombroso claimed to have found no less than thirty-three "criminal anomalies" in the skull's dimensions!)
Read more »
No comments:

The problems of the Picpus Cemetery

Strange how it is possible to normalise the most extreme and macabre situations!  Here is a translation of two forgotten documents from a 19th-century collection edited by Louis Lazare, which give a glimpse into the world of minor officials and gravediggers at the height of the Terror.  They concern the little Picpus Cemetery which, in the short time between 14th June and 18th July 1794, received the bodies of over 1,300 individuals guillotined on the nearby place du Trône-Renversé (place de la Nation). 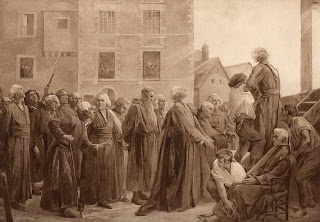 To replace the Madeleine Cemetery the Commune of Paris chose a more discreet location, at the far end of the district of Petite-Pologne.  The chosen site was near the Wall of the  Farmers-General at  Monceau, where the rue des Errancis met the  rue de Valois.  The large rectangular space had originally belonged to the chapel serving a miraculous Calvary which stood nearby (demolished at the beginning of 1794). It was now used as a market garden.  Down one side ran the parc de Monceaux.

The trees on the site were removed and, in order to provide an convenient entrance, a section of the Wall was demolished opposite the Customs House. At some point a sign was erected over the gateway: « Dormir, enfin ». 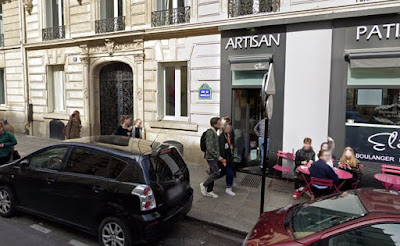 The cemetery was to be known as the Cimetière des Errancis or Cimetière de Monceau (more familiarly "Mousseaux".)  The gates opened on 5th March 1794.  At first it received ordinary burials, but on 25th March the order was given to transfer the bodies of those executed; the Madeleine cemetery was closed definitively.  For a time, there was some mystification over the new location and bodies were first taken to the Madeleine, then discreetly removed to Monceau several days later.
Read more »
No comments: