Although there are a number of different  depictions of Bébé, the only definite portrait from life is this oil by Jean Girardet, Stanislas's Court painter.  Sadly, the picture was destroyed in the 2003 fire at Lunéville and is now known only from postcards.  There are also several copies, including one at Lunéville by Girardet's pupil Dominique Pergaut, which survived the fire though it sustained some damage.  The Musée Lorrain has a pastel version by Stanislas himself, which shows Bébé in a light blue coat.
The portrait clearly shows Nicolas Ferry's characteristic long nose and small mouth.
Here is a nice copy, with clothes in the original colours, which recently appeared at auction:
https://www.mutualart.com/Artwork/Portrait-du-nain-Nicolas-Ferry--dit-Bebe/DBCC6F22222D476C
Read more »
No comments: 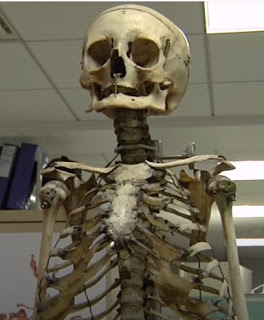 Among the more disturbing items in the collection of the Musée de l'Homme in Paris is this sad little skeleton, the mortal remains of  "Bébé", the famous dwarf of Stanislas, duke of Lorraine.  Dwarfs had once been a familiar fixture of court life throughout Europe, but by the early 18th-century they had all but disappeared from Western Europe; in France the official position of "court dwarf" was suppressed  in 1642 after the death of Anne of Austria's dwarf Balthazar Pinson.   Bébé,  at Lunéville, the glitttering intellectual hub created by Stanislas, thus excited unprecedent interest.  His life illustrates the transition from a Renaissance world of courtiers and curiosities into the bright new era of Enlightenment science.
Read more »
No comments:

Bonnet on the afterlife 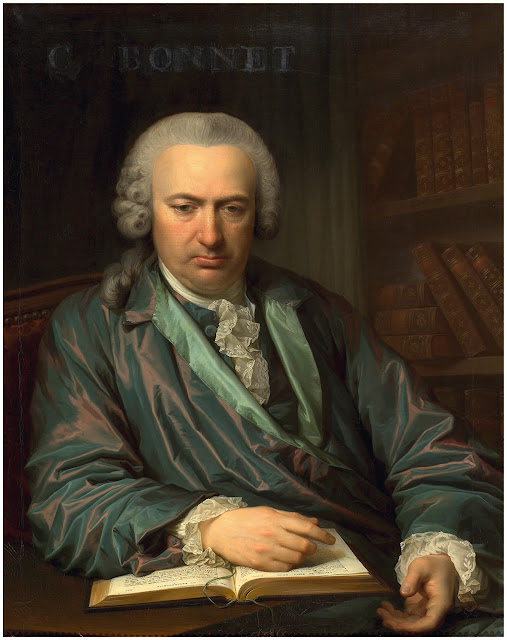 In the 18th-century, perhaps for the first time in human history, thinking men confronted the prospect of death and personal annihilation without illusion.  In this striking portrait of 1777 by the Danish artist Juel Jens  the naturalist Charles Bonnet is captured in just such a moment of solemn reflection;  Bonnet  reports that Jens depicted him "mediating on the future restoration and perfection of living beings". The Bible before him is open at  First Corinthians 15:36: "That which thou sowest is not quickened, except it die - O death, where is thy sting? O grave, where is thy victory?". The inscription reads "CHARLES BONNET, born in Geneva, 13th March 1720. FUTURI SPES VIRTUTEM ALIT ("The hope of the future sustains virtue")