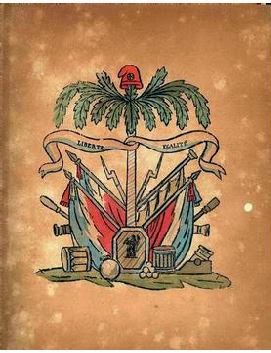 This is a particularly nice resource for Robespierristes from the Picpus Digital Archive. It is a digital version of book published in 1908 by André Marty, with an introduction by G. Lenotre, which contains 77 facsimiles of original prints and documents. Although most of the individual items are available elsewhere on the internet, it is really useful to have them all together, with full annotations. The book itself was produced in a limited edition of 200 copies and is not easy to get hold of - there is one currently for sale on Abebooks for £585! There is no electronic version elsewhere that I can find; this one has been scanned in from a copy in the Northwestern University Library itself.

Here are the links and descriptions:


COLLECTIONS ABOUT ROBESPIERRE AND THERMIDOR. 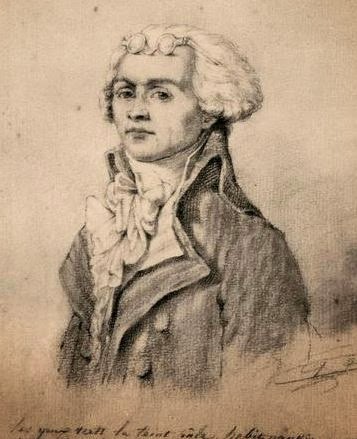 This document contains 77 facsimiles of original documents from the time of the 9th and 10th Thermidor. The document, published in 1908, was edited by André Marty and includes an introduction by G. Lenotre. The author intended it to allow the reader to follow “minute by minute” the events leading up to the execution of Robespierre in the evening of the 10th Thermidor.

The document is comprised of an introduction, followed by three sections of facsimiled documents.

Les 9 et 10 Thermidor an IIe de la République: Introduction (p/id 1064:1064)The introduction gives a detailed description of the last days of Robespierre’s life, including scenes from the Assemblée Nationale, Robespierre’s last movements and excerpts from conversations that he was reported to have had. Lenotre then describes how counter-revolutionaries broke into Robespierre’s apartment and wounded him, and how he was subsequently transferred to the Conciergerie and taken to the guillotine.

FACSIMILES - Section 1
Les 9 et 10 Thermidor an IIe de la République: Avant Thermidor (p/id 1060:1060)
The 9th and 10th Thermidor (i.e. nine and ten), year II of the Republic (July 27 and 28, 1794): Before Thermidor.
The first section of documents is entitled “Avant Thermidor” and assembles articles from the time immediately preceding Robespierre’s death. This section contains thirty-five pieces, including engravings, letters and portraits. Also included are a Republican calendar, with Saints’ names replaced with the names of animals, plants and fruits, an entry card for a session at the Assemblée Nationale signed by Robespierre (in his capacity as Secretary of the Assembly), excerpts from Robespierre’s notebook and a fragment of his clothing. One engraving shows the image of Robespierre operating the guillotine, with the caption “Robespierre guillotinant le bourreau après avoir guillotiné tous les Français.”


FACSIMILES - Section 2
Les 9 et 10 Thermidor, an IIe de la République: Deux Journées (p/id 1061:1061)
Les Deux Journées,” contains twenty-nine documents centered around the time of Robespierre’s death. This section is comprised mainly of engravings of scenes from the Terror. It also includes, for example, a document containing Robespierre’s last signature and an image of the table upon which Robespierre was laid after being wounded by the counter-revolutionaries.


FACSIMILES - Section 3
Les 9 et 10 Thermidor, an IIe de la République: Pièces Commémoratives (p/id 1062:1062)
This is the third section titled, “Pièces Commémoratives,” of "Les 9 et 10 Thermidor" a collection of items from the period immediately following Robespierre’s demise. There are numerous engravings, and a short speech celebrating the death of “l’infâme Robespierre.” One particular engraving shows the image of Robespierre squeezing a human heart and catching the blood in a cup.

Les 9 et 10 Thermidor an IIe de la République: Reproductions (p/id 1063:1063)The last section," Reproductions" contains a summary of Robespierre's life and an acknowledgment of those who contributed documents and advice to the author.