Portraits of the princesse de Lamballe

Here are two portraits of the princesse de Lamballe which were sold as part of the Paul Rousseau collection auctioned in Toulon on 24th March 2012.  Both are described by Olivier Blanc in his chapter on the Princess in Portraits de femmes (2006). 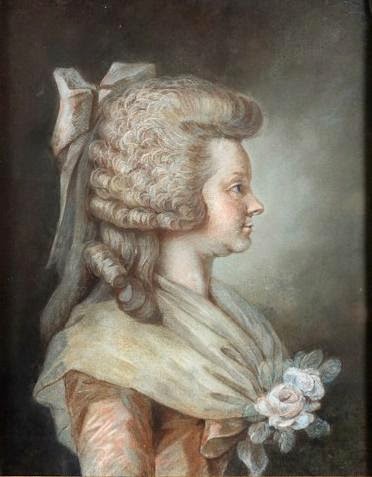 Compare this coloured engraving of 1791 by Louis-Charles Ruotte, after a profile by Danloux (whether this pastel or another similar). 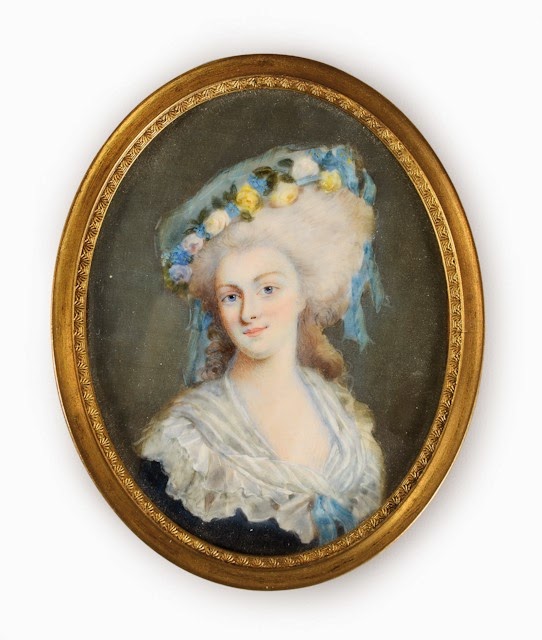 Lot 47: Miniature after a lost portrait of 1776 by Hubert Drouais. 10cm x 7.5 cm.
See Olivier, p.193
This miniature is a Restoration copy of a lost painting by Drouais, which depicted the Princess full-length in a hooped dress and straw hat with flowers, with pearl bracelets and  a closed fan.

There are also several high-quality engravings.


"Danloux" in The Dictionary of pastellists
http://www.pastellists.com/Articles/Danloux.pdf  Danloux seldom worked in pastels, preferring to draw in chalks