In search of La Pérouse.... in Albi

By an odd quirk of fate the main museum dedicated to La Pérouse in France is far from the sea, in La Pérouse's home town of Albi.  In the mid 18th-century Albi had a population of 9,000, a hundred or so of whom belonged to the nobility of Languedoc. The family Galaup de La Pérouse traced their pedigree back to the 16th century - the navigator's father had been consul of the town. Until the age of fifteen La Pérouse was educated by the Jesuits of Albi, on the site now occupied by the Lycée Lapérouse. The Château du Gô, where he was born, is still owned by his descendants: 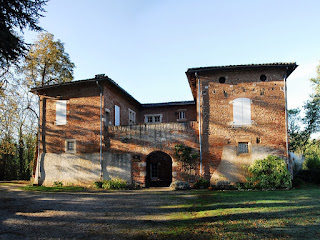 The town has a central place Lapérouse with a bronze commemorative statue by Nicolas Raggi which dates from 1853. Bones from Vanikoro were ceremonially deposited in its base in 1988. 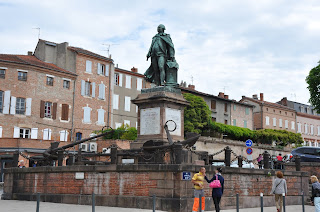 The museum itself is a comparatively recent initiative. The prime mover was Pierre Amalric, a retired ophthalmologist and member of the French National Academy of Medicine. In 1977 Dr Amalric journeyed to the South Pacific and returned with a number of relics from the shipwrecks, which had been given to him by the authorities in Port Vila and Nouméa. In December 1979 a small exhibition was held in Albi's Musée Toulouse-Lautrec. In 1983, with the  bicentenary of La Pérouse's voyage upcoming, the Association Lapérouse-Albi was formed with Dr. Amalric as its president.  In 1985 the society organised an international symposium and a more ambitious exhibition at the Palais de la Berbie in Albi.  Efforts culminated in 1988 in the creation of the Musée Lapérouse, which coincided with various commemorations, including the inauguration of the Lapérouse Museum in Botany Bay. 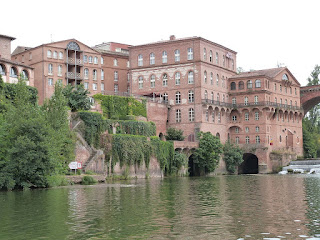 The museum is situated in the attractive setting of les Moulins Albigeois, a former pasta factory (vermicellerie). There are now some 640 exhibits:  models, navigation instruments, weapons, uniforms, and items from the shipwrecks, most of which were presented to the museum by the Association Salomon in 1999. There are large items such as  cannon and anchors but also tiny needles, pins, buckles, plates, glass phials and shot balls salvaged from the excavation sites.

The museum space is divided into three sections: 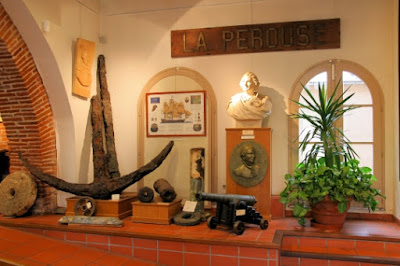 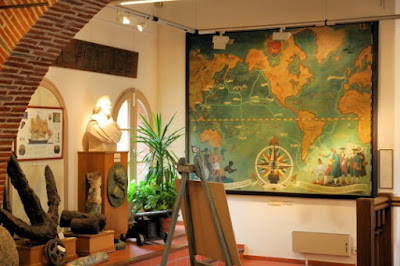 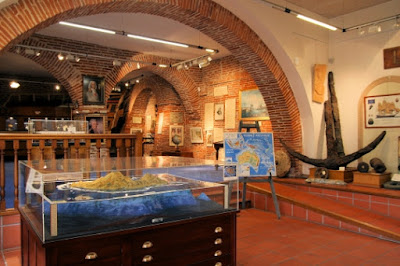 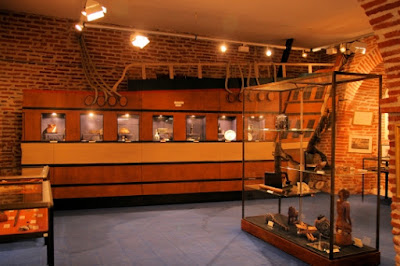 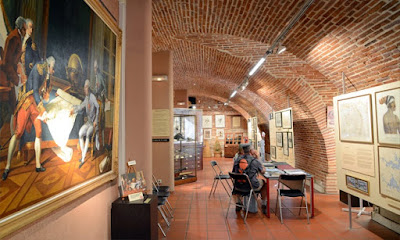 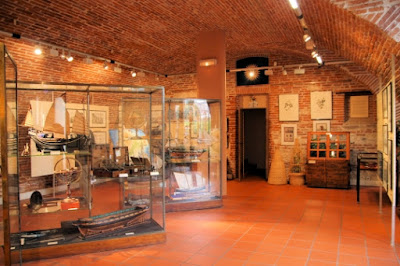 Items from the wrecks:

The new Collection La  Pérouse website can be consulted for a full listing.
Anchors
Cannons
A millstone
Helmets and bronze ornaments intended for exchange
China porcelain from Macao
Religious items, including a portable stone altar. 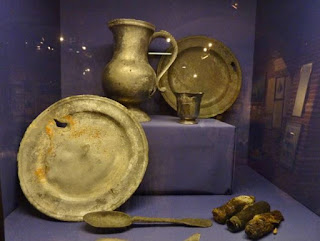 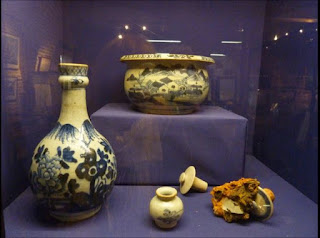 In January this year the Association Lapérouse gave over direct management of the museum to the municipal authority, in part with a view to safeguarding the salary of the custodian / curator.  Sadly all has not gone well.  In March 2018 an article appeared in a local newspaper in which the president of the Association, Jean-Marie Pestel, complained that  the memory of La Pérouse has  been neglected.

The museum has been forced to close its souvenir counter and, to add insult to injury, advertisements for local attractions, placed at the foot of La Pérouse's statue in the square named after him, did not even mention its existence.

What really rankles Jean-Marie Pestel, is the large scale of investment in remembering La Pérouse elsewhere:  a new attraction at the Puy du Fou theme park costs several million euros, and there are major plans for the "Brest 2020"  festival, including a promise from the Musée de la Marine in Brest to double the floor space devoted to its La Pérouse exhibit.