A Letter from Voltaire to Earl Bathurst 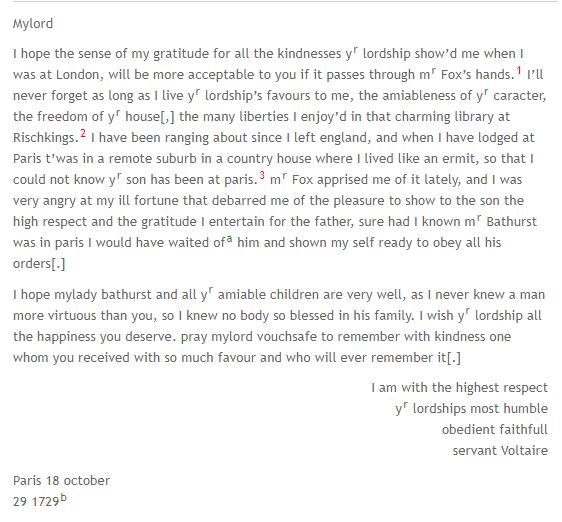 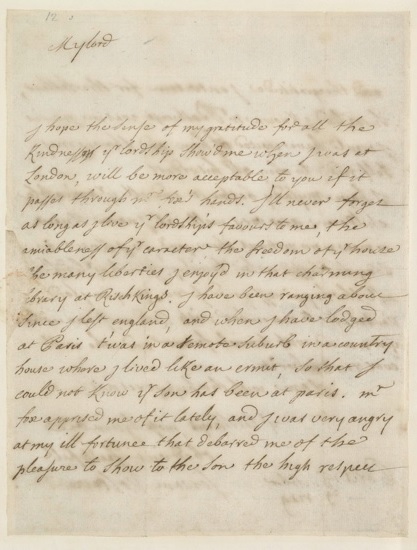 I came across this letter from Voltaire to Earl Bathurst on the Electronic-Enlightenment website and decided to post it for no better reason than that I live in Cirencester, where Bathurst, abetted by Alexander Pope, created his wonderful Park. 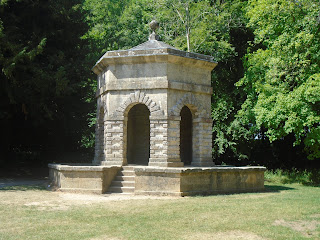 The letter has little substance, but shows how thoroughly Voltaire managed to insinuate his way into fashionable society during his sojourn in England.  Voltaire's innate sense of style - and instinctive obsequiousness -  translates seemingly effortlessly into a flowing, idiosyncratic English prose. (He rather overdoes the Earl's credentials as a virtuous family man; I read elsewhere that "he was a larger-than-life personality, with an unbounded appetite for food, drink, sex and good company..had many mistresses, and was famed for his gregariousness".)

Richings House, where Voltaire enjoyed the run of the library, has long since disappeared, as have the grounds which once boasted a canal of 1,600 feet.  However, much of Bathurst's grandiose visions of landscape are still available for visitors to Cirencester to enjoy.

Voltaire, sadly, seems to have been totally oblivious to the aesthetics of planting and gardening. 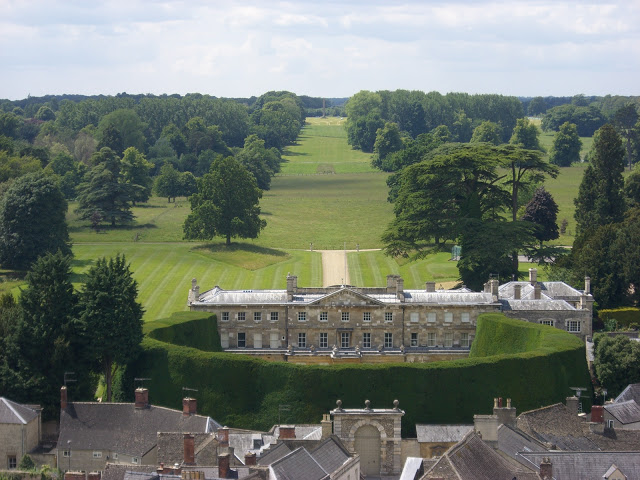