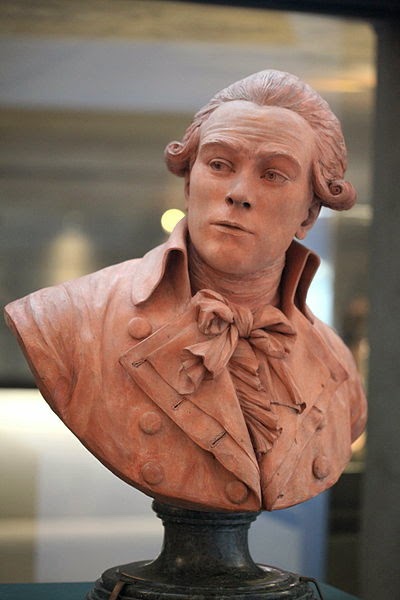 This beautiful terracotta statue of Robespierre, on display in the Musée de la Révolution française at Vizille, is identified today as the work of the sculptor Claude-André Deseine. It is recorded that on the evening of 18th December 1791 Deseine presented this bust, together with one of Pétion, to the Jacobin Club which had recently elected to adorn its meeting room with sculptures of "champions of liberty"( Rousseau, FrankIin, Mably, Price and Mirabeau).  Members were at first enthusiastic, then one of their number recalled that a month previously it had been decided that no living citizen could have their effigy displayed. Robespierre himself remained silent all this time, but seemed impatient to resume discussion of the war and to deliver the speech he had prepared.  In April 1792, however, he recalled with approval to the provincial Jacobins the ruling of the Paris society.

The statue has been in the possession of the Musée de la Révolution française only since 1986 and there is little information available about its provenance; apparently the identification was made by Maria Antonietta De Angelis in a manuscript work of 1992 (see Bordes, "Le robespierrisme", p.132)


How good a likeness is it?  Presumably there were no formal sittings;  Deseine based his work on observations of Robespierre at the Assembly.

[The bust of Robespierre by Deseine] adopts a middle position between the relaxed stance of the portrait by Labille-Guiard and the emphatic pose that David had given him.  This effigy is seductive, animated, almost anxious, but it expresses neither oratorical power (see Mirabeau by the same sculptor) nor antique heroism (see Barnave by Houdon).  This lively bust belongs to the political universe of the Jacobin club rather than of the National Assembly (p.133) 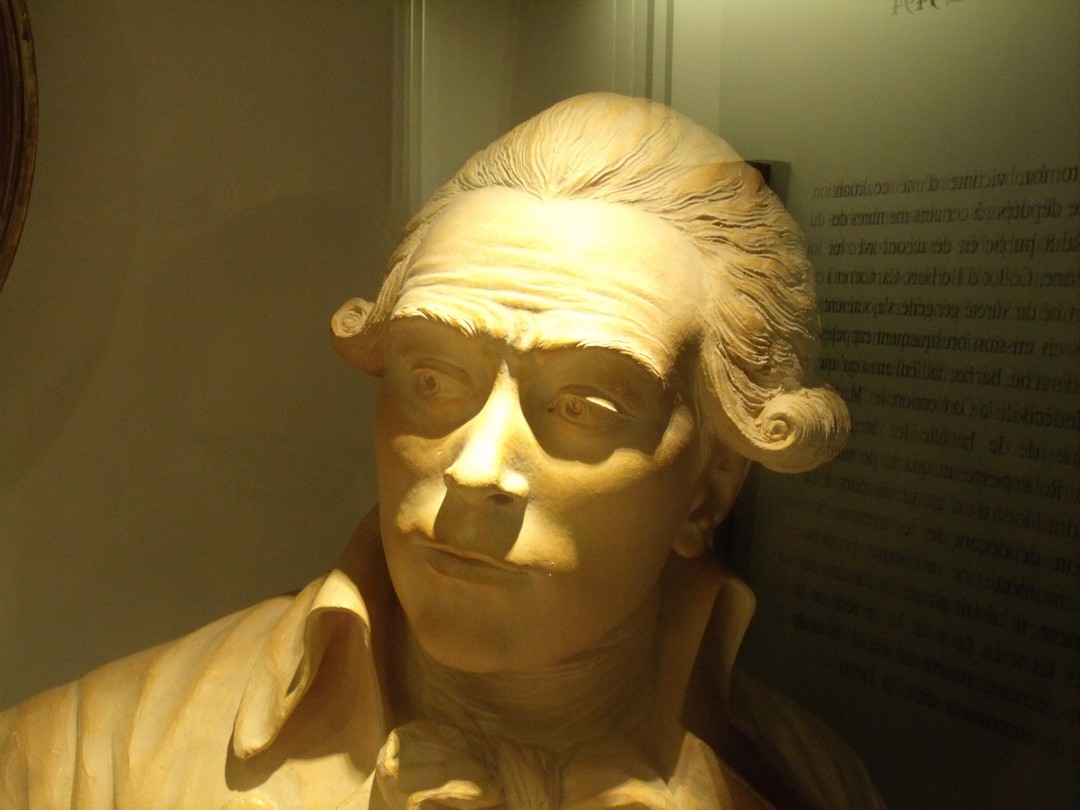 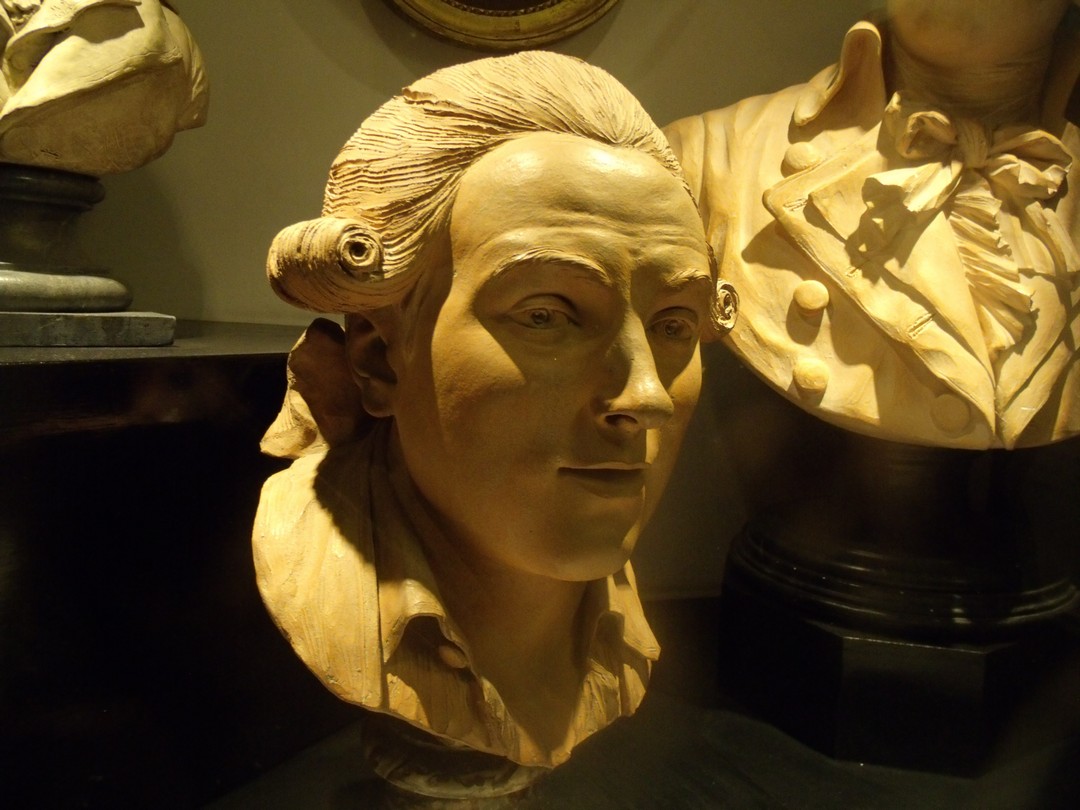 A second copy of the sculpture on display in the Conciergerie is a modern reproduction. (The adjacent bust with the open-necked shirt, on the other hand, is an original by Deseine of Augustin Robespierre:
http://www.regards.monuments-nationaux.fr/fr/asset/fullTextSearch/search/
augustin%20de%20robespierre/page/1 )