The  controversy over the survival of Louis XVII (and especially its representation on the web) often seems to have more to do with French Royalist aspirations than historical truth.  For an English person, especially one  who is not that interested in contemporary French politics, this is arcane territory.  I did a little research into the different viewpoints and the various websites  which represent them.

French Royalists fall into several distinct camps. As far as Louis XVII is concerned, they  divide broadly between the Legitimists and Orléanists who accept the official view of Louis XVII's death, and the various "survivalists".

The current Legitimist claimant to the French throne is Louis Alphonse de Bourbon, duc d'Anjou, who lives in Madrid. "Louis XX" is the senior descendant of Louis XIV's grandson Philip V of Spain (and, on his mother's side, the great grandson of Franco).  History -  and more particularly the DNA  testing - has found in his favour.   As far as the heart of Louis XVII is concerned, the Legitimists have the indubitable advantage of owning the grisly momento itself - it belongs to the Mémorial de France, a private organisation which  oversees the royal graves at Saint-Denis.  In 1999 it was the president of the Mémorial, the late duc de Bauffremont  who consented to the DNA testing.  Louis de Bourbon attended the press conference and presided over the dedication of the heart at Saint-Denis on 8th June 2004. 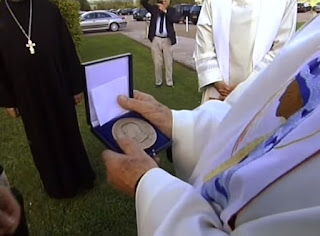 The 2006 documentary "Louis XVII Querelles pour un trône" opens with footage of the splendid private ceremony, which was attended by members of various (mainly defunct) European royal families, "un vrai couverture du magazine People"; there is an interview with the elderly duc de Bauffremont, who was reduced to tears.  Louis is shown visiting his ancestral Château de Chambord and also Domrémy, the birthplace of Joan of Arc,  where he lays flowers on a memorial.  The would-be king distributes medals with the image of LXVII, become "the symbol of his legitimacy" [15:45-17:30]  Since 2005 the Mémorial de France has instigated a perpetual mass to the memory of Louis XVII, celebrated every year on the anniversary of his death.

Publications
In 2012, Editions Jacob-Duvernet produced a new edition of the memoirs of the Duchess of Angoulême, with a preface by Louis de Bourbon.

Institut de la Maison de Bourbon
https://www.royaute.info/
The Institut was founded in 1993 to further the history of the House of Bourbon and organise "cultural manifestations". The duc de Bauffremont was president and has been succeded by his son. One may become a member and receive the bulletin for 115 euros.  A rival Institut du duc d'Anjou was founded in 2010 but the two were reunited in 2014. There isn't really much historical initiative in evidence - mainly pin-ups of Louis de Bourbon and his (exceedingly photogenic) family.

As heirs to the July monarchy, the Orléanists have less invested in the dynastic line. The late Henri d'Orléans comte de Paris, who died in January 2019, was hostile to speculation concerning LXVII. Michel Fleury, the archaeologist who so firmly handled the excavations at Ste-Marguerite in the late '70s, was close to Orléanist circles.  In 1999 the comte publicly opposed the DNA testing of LXVII's heart and was said to favour the survivalist thesis.  Philippe Delorme has  recently written the comte's biography and has become known as an Orléanist sympathiser, but in 1999 he was none too pleased.  According to the Guardian, he noted pointedly that the comte's ancestor Philippe Egalité had voted for Louis XVI's death and been complicit in the desecration of the royal tombs at Saint-Denis:
"Le Comte de Paris has no moral right over the heart and is wrong to claim that research for historical truth is sickening and sensational," Mr Delorme added. "Oddly enough, he believes that a substitution did take place in 1795 so how can he claim that he has a family duty to stop DNA tests on an anonymous heart?"
https://www.theguardian.com/world/1999/dec/16/paulwebster

The new Orléanist pretender, Jean, comte de Paris (b.1965) is more attune to historical claims than was his father: his website positions him as  "heir to the 40 kings who made France". However, he too has shown no inclination to enter the debate over Louis XVII.  The Fondation Saint-Louis - of which he became Honorary President in 2019 - sponsors some historical research but is concerned mainly with maintenance of the Orléans patrimony at Amboise and Dreux.

There are still advocates of the Baron de Richemont, the pretender who died in 1853: in 2007 a retired adminstrator from Montreal wrote a defence of his claims [Michel Wartelle, Louis XVII ou le secret du Roi].  In France the Cercle survivantiste de Richemont, president Franck Peyrot, is based in Limoges.  According to the society's blog, it aims to restore Richemont to "his true place in the history of France" despite the fact he has no male descendants. A second association, the Amis du baron de Richemont, was founded in Carcassonne in 2015. Predictably the supporters of Richemont want his remains at Gleizé  exhumed and subjected to DNA testing.  It is hard to gauge how large the following really is: Franck Peyrot's website claims 26,000 visitors.

Naundorff's descendants and their supporters divide into two separate - and, until recently, rival - factions. The senior branch of the family is represented by Hugues de Bourbon (b.1974), the personable bookseller from Tours. His father was Charles-Edmond de Bourbon ["Charles XII"] (1929-2008) styled by his supporters "comte de Poitiers" and known for his resemblance to Henri IV. 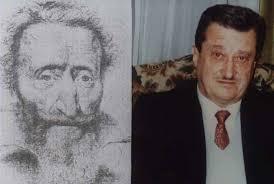 Charles-Edmond was a passionate exponent of the cause. In 1954 he was subject to legal action forbidding pursuit of his claims.  Here he is in a short Australian film of 2000:

Journeyman Films, "A Royal Heart Throb"
https://www.journeyman.tv/film/897/a-royal-heart-throb
[Is that the elusive Michèle Dumont five minutes through?]

The second branch of the family, the so-called "Canadian Naundorffs" descend from Naundorff's youngest son Adelberth.  Charles-Louis de Bourbon [Charles XIII"] (b.1933) became the official Naundorff claimant in 2008 when Hugues declined to do so.  According to Wikipedia this represents a reconciliation.

How many supporters of Naundorff are there?  According to Franck Peyrot there are only "une vingtaine de personnes". The  documentary "Louis XVII Querelles pour un trône" shows a modest gathering of Paris-based supporters in 2006 :

However, in recent years the Naundorffists have shown themselves adept at colonising  social media - see the list of "Louis XVII" Facebook sites below. The Cercle Légitimiste Louis XVII - duc de Normandie, founded in 2018, now has a thousand members.

Publications
The new century has seen the death of two of the most prominent writers and personalities associated with the Naundorff cause, Xavier de Roche (1923-2003) and Philippe Boiry (1927-2014). Roche in particular sustained the cause, with a formidable tome of over 900 pages published in 1986, the Naundorff "Bible" (abridged in a "livre du bicentenaire" in 1995).  The Naundorff clan itself has produced several justifications.  Charles-Louis de Bourbon has himself written two books, which have been published in both French and English:
I Exist (2005)
Louis XVII survived the Temple Prison: the DNA proof (2017)


Associations:
Institut Louis XVII - "official" organ of the Naundorffists (senior branch).
https://www.louis17.com/
I am not sure whether this is defunct. The website has not  been updated this year. However, it is still live and contains an extensive list of publications and other resources.

Cercle Légitimiste Louis XVII - duc de Normandie
This is a new organisation founded in 2018,  based in  Calais, aiming to bring together supporters of  Charles-Louis de Bourbon. The president is Philippe Lyoen, "Marquis de Gascogne", who styles himself C-L's "Chancellor"!  There is a member's publication called La Fleur de Lys.  In May 2020 membership topped the thousand mark.

Jaboulay who died in 2007, was an independent researcher, who supported Naundorff.  His websites are still much referred to. The "museum" contains a comprehensive image-bank of LXVII portraits.

Le Naundorffisme
Otto Lueger, Naundorff et Naundorffisme: religion, mysticisme, prophéties, légitimité
naundorffisme.free.fr
Here, clearly, is the mystic fringe of the Naundorff legacy, still in evidence - not sure I have the energy to wade through all this!

This position was associated with the internet forum CRIL17 Cellule de Recherche sur l'Internet de Louis XVII, still much cited though no longer live, which provided a platform for "those persuaded that the official thesis of Louis XVII's death was an imposture".  It holds that the true identity of the survivor from the Temple and, with it, the legitimate heir to the French monarchy, is unknown, but may  be discovered with the aid of Divine Providence. Franck Peyrot clarifies that its adherents are extremely religious and expect a "Great Monarch" who is not yet revealed. 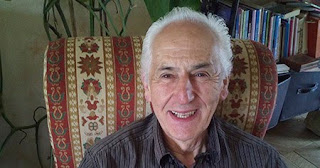 CRIL17 was founded by the late Charles Barbanès a retired businessman from Limoges who died in November 2018. Barbanès was the author of series of self-published books (editions Chiré) which defended the view that the Sainte-Marguerite skeleton was the child in the Temple, but not Louis XVII. His Autopsie d'une fausse verité was reissued in 2017.
http://www.chire.fr/A-192780-louis-xvii-autopsie-d-une-fausse-verite.aspx
Barbanès's mantle has been taken over by his close friend and associate Christian Crépin,  known as "Louis XVII's archivist" on account of his vast collection of documents and artefacts. In 2019, Crépin set up a new forum:
Louis XVII secret d’état
https://louis-xvii-secret.forumactif.com/

Crépin is also closely associated with the geneticist Gérard Lucotte and co-wrote one of his papers. However, he has stated that he does not support the claims of Naundorff.

"Royalist Providentialism" leaves it to up to God to re-establish the French monarchy and choose the new King; the French laws of succession (Lois Fondementale du Royaume "LFR") are subordinated to the Divine Will. This belief is distinct from the position of the "survivalists" who support Naundorff, Richebourg, or an as yet unknown descendant of LXVII.  According to the wiki SYLM, this view is held by only a minority of French monarchists but represents a viable alternative to Legitimism within the tradition of Christianity.  The most influential exponents are the Mouvement pour la Mission Divine de France and the Charte de Fontevrault. 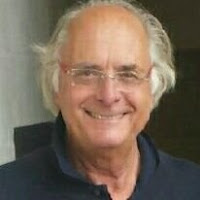 The Charte de Fontevrault is an association founded by the
Limoges-based writer Alain Texier. Texier's own position on Louis XVII is a little confusing since he supports the historical findings of the Naundorffists but not their right to the throne. (In his view the family falls foul of the  LFRs since several members have been born out of wedlock.).  He is said to favour a regency by the duc d'Anjou.

His blog is particularly useful  as it regularly reports on the activities of other royalist groups. The Charte de Fontevrault also runs a series of conferences known as the Bienniales blanches.

This is not a royalist group, but it is convenient to include it here. The Cercle was set up in 1990 by Jacques Hamann, retired aviation engineer and amateur historian, co-author in 1999 of Louis XVII et les 101 prétendants.  A revamped website was set up in 2016. As the title  of his book suggests, Hamann was a survivalist but did not favour any particular contender. Perhaps the society is now more sympathetic towards Naundorff?
(I spotted the current president Laur de la Chapelle, a prominent exponent of the "two heart" thesis, at the Naundorffist meeting filmed in 2006.)

The administrator and chief contributor here is the historian Bruno Roy-Henri, the associate of Gérard Lucotte and a prime mover in the latest genetic investigations.

Jean-Charles Deniau and Madeleine Sultan, "Louis XVII Querelles pour un trône", TV documentary first broadcast in 2007.
https://www.youtube.com/watch?v=mGln0GsVne8
This carefully presented programme ends with the comment, "We might almost forget that we are a Republic and have been for more than 130 years"

SYLM Wiki
https://www.sylmpedia.fr/index.php?title=Accueil
(SYLM stands for "Save Your Local Monarch" - can't imagine how they came up with that; maybe it  sounds amusing to French speakers?)