The Brits and the War in the Vendée

Radio 4 Things We Forgot to Remember - The French Revolution

Here is a radio programme from the archives that still makes interesting listening.

In this series of half-hour  broadcasts, produced by the BBC in conjunction with the Open University,  Michael Portillo "revisits the great moments of history to discover that they often conceal other events of equal but forgotten importance". Portillo isn't quite the UK's answer to Franck Ferrand, but he is definitely more appealing as a presenter than he ever was as a politician. 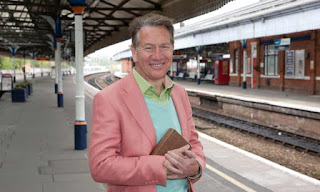 The episode on the French Revolution, which dates from 2007,  did indeed venture onto new territory, at least for Anglo-Saxon listeners, in that it centred on the War in the Vendée.  It features the English academics, William Doyle and Alan Forrest, plus a notable contribution from Jean-Clément Martin who gets his points across admirably in heavily-accented English.

The transcript is there to be read on the OU's website, so there is not really a lot of point in giving more more than a brief summary. 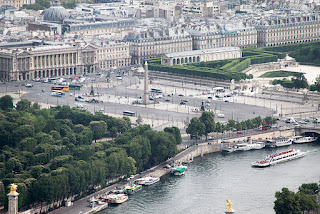 Portillo starts his account amongst  the traffic in the place de la Concorde -  knowing the BBC he probably really is there. As a good Conservative, he offers  stirring readings from  Burke, Carlyle and Dickens to illustrate the proposition that, if you think of the French Revolution, "you'll inevitably think of Paris and the reign of Terror". Professor Doyle obligingly describes the spectacle of the guillotine, with blood spurting "four feet into the air" and people paddling in gore.  However, we soon learn that the 1,500 victims decapitated in the capital, pales into insignificance compared to the death toll in the Vendée.  By way of a prelude we accompany Bill Doyle to Notre-Dame to hear about the horrors of dechristianisation.  Alan Forrest tells us how the military crisis in the Vendée unfolded and notes that the relationship between the people and their priests was particularly strong in the West.  Michael then departs on the TGV to Poitiers, equipped with some lurid reading in the form of Turreau's famous account of the "infernal columns".

It is somehow a little surprising, given this introduction, to find that our principal guide in the Vendée is Jean-Clément Martin.   J.-C. M.  mets Portillo from the train in Poitiers and they continue by car to Cholet. 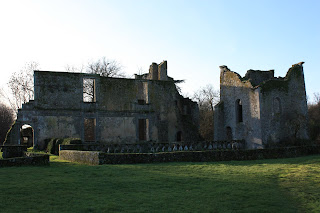 En route they stop at the ruins of the Château de la Durbellière, home of  Larochejacquelein.  J.-C.M. quotes Larochejacquelin's famous speech: "If I advance, follow me;  if I die, avenge me;  if I retreat, kill me." The party allow themselves ten minutes to ponder the remains of the once elegant house. They walk through the farm buildings to the moated remains of the chateau; the truncated tower, with once elegant windows;  the remains of a substantial estate. They remark how peasantry and aristocracy came together in the Vendée.  Larochejacquelein, the generalissimo,  had been just twenty-one years old. 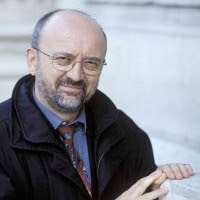 J.-C.M. explains that the Vendéens were initial successful because they faced poor quality Republican troops.  We then move on to Turreau.  According to Alan Forrest  Turreau was giving an honest assessment of the measures needed to combat guerrilla warfare.   The Republican Army, constantly under threat of ambush, was tense and angry.   Terror at local level was orchestrated by the représentants en mission, particularly Carrier;  though Forrest stresses that he was not the norm.

J-C.M. notes that the château was destroyed by an infernal column in the winter of 1793.

Portillo now broaches briefly the thorny issue of genocide.  J-C. M. observes that the Republicans wanted to destroy the "brigands of the Vendée" not the entire population;  women, children and old people were often held in safety.

As many as two hundred thousand people were killed or disappeared in the Vendée between 1791 and 1796. As Michael Portillo justly remarks, in Britain  we have traditionally made much of a few hundred aristocrats guillotined in Paris but largely forgotten the thousands of peasants slaughtered in the Vendée.

Time now for a slight diversion to discuss Anglo-French relations. The programme returns to Paris to contemplate Delacroix's painting of Liberty Leading the People  in the Louvre.

Michael Portillo converses with William Doyle and Dr Rosemary Ashton, professor of English at UCL. Dr Ashton quotes Wordsworth's "bliss was it in that dawn to be alive".  She notes that by the time Wordsworth wrote these words in 1791, the promise of the Revolution had gone sour.  Later English writers and philosophers  tended to "cherry pick" from what they knew of the French Revolution.

Portillo notes that  Margaret Thatcher refused a French invitation to attend the bicentennial celebrations.  In 1989 she made Mitterand  the gift of a copy of  A Tale of Two Cities.  It was  the British, or maybe the Greeks, not the French, she said, who had invented liberty. (Thatcher also remarked, equally splendidly, that "human rights" had originated not with the French Revolution but with the Ten Commandments and the Sermon on the Mount.)

Back in the Vendée, the party arrives at Cholet, site of decisive defeat of the Vendéens in October 1792, where the modern museum houses a series of imposing portraits of the rebel leaders.  The  Deputy Mayor, Roger Massé concedes that the French still have a confused understanding of the War in the Vendée; as a civil war it is regarded as a shameful episode in the collective history of France. 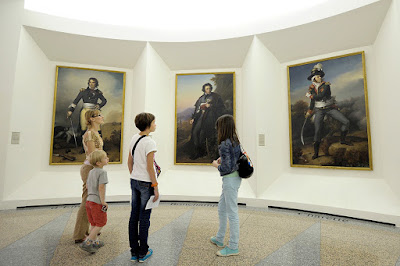 No wonder Thatcher was reluctant to celebrate in 1789.  For several generations population figures in the Vendée reflected the savage loss of life suffered.  J.-C.M. maintains that a strong sense of independence still characterises the region.

Turreau was tried but  acquitted when it became clear that he had acted as an agent of the Convention.  He went on  to serve Napoleon - his name is on the Arc de Triomphe.

La Rochejacquelein died coming to the aid of a Republican soldier.

The British find it hard to be objective.  Burke set the tone for a generation to come but, as Britain has become more democratic, it has tended to look on France as the forerunner of democratic and egalitarian change. Perhaps that is why the Vendée has been forgotten.

Alan Forrest and Jean-Clément Martin caution against the attempt to glamourise revolution. The French Revolution was not a model for future events, but the produce of internal struggle and civil wars.